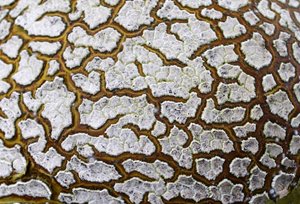 Did you know that mushrooms are more closely related to animals than to plants? Or, that what we generally refer to as a “mushroom” is actually the reproductive apparatus of the fungus? We don’t usually see the whole organism, which lives buried in the soil, wood, or other organic matter that serves its the host. Technically, the bit we see sticking up from the soil or out of the log is a “fruiting body”, though just call them a mushroom unless you want everyone to think you’re a nerd. The mushroom may be a tender, ephemeral protuberance that shows up seemingly overnight in the duff, or it may be a woody conk hanging on and growing tenaciously year after year on a downed tree.

For more on this topic, sign up for our newest live-streamed class Medicinal Mushroomery in the Rocky Mountains on February 27th, 2021.

One impressive mushroom you might encounter in the Rockies is Calvatia booniana, aka. the Western Giant Puffball. This impressive species produces a more-or-less spherical fruiting body rivaling a soccer ball in girth. For a size reference, see the photo comparing 15 pound Milo with a particularly robust Puffball. Milo approached the Puffball with a trepidatious mix of “What the heck is that?” and “Can I eat it?”. 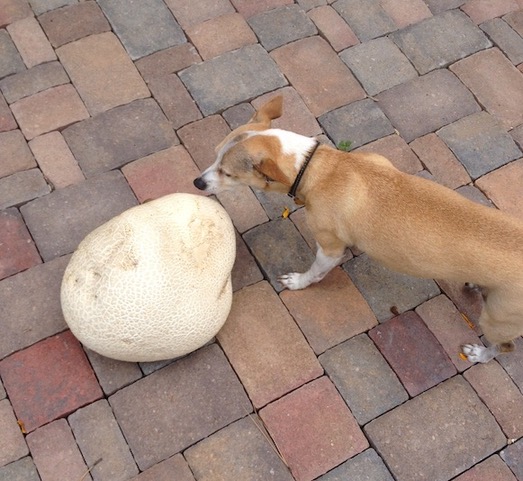 Western Giant Puffballs show up in lawns, fields, meadows, and even in the dryness of Sagebrush terrain. It may pop up in the Rockies at relatively low elevations all the way up to subalpine meadows. If you’re really lucky, you’ll find it growing in fairy rings, circles of mushrooms that have a rich history of myths and magic attached to them.

There are 6 additional Puffball species here in the Rockies; and Puffball species have been used medicinally on every continent where they grow: The Americas, Africa, Europe, and Asia. Traditional uses have included topical treatment for burns, bleeding wounds, abscesses, skin sores, sore throat, coughing, mastitis, and other issues. In terms of research, Puffball species demonstrate a whole bunch of “anti-“ effects, such as anti-oxidant, anti-anxiety, anti-bacterial, anti-parasitic, and anti-tumor. (They’re also anti-fungal, so yes, you can eat mushrooms on a “candida diet”).

As alluded to earlier, one way to obtain your mushroom medicine is to eat it. Here is (so far) my favorite Western Giant Puffball recipe:

Given its size, a Western Giant Puffball should be easy to identify. Though, it’s critical that you are 100% sure of mushroom identification before eating any wild mushroom. It’s been said that all mushrooms are edible, once. Accordingly, smaller Puffballs need to be cut in half vertically to make sure it’s not a young Amanita, which can look similar superficially. A sliced Puffball should be pure white inside, while a sliced Amanita “ball” will have an embryonic mushroom inside, as evidenced by what looks like an outline of a mushroom cap and stalk (see drawing). Though, a soccer ball-sized Puffball would be much larger than a baby Amanita. 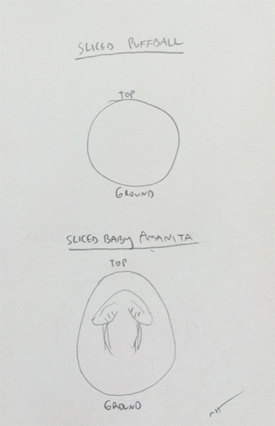 Another note on harvesting… When Puffballs are getting ready to make spores, the inside will be yellowish green, and when mature, they will be full of brown spores. These aren’t the mushrooms you want for ravioli making.

Brush off the mushroom. Or, you could rinse it a bit. Just don’t soak it…mushrooms act like sponges and you don’t want yours to become water logged. Peel off the outer skin and discard it (compost?). Cut the mushroom into even slices about 1/4 inch thick. Dry sauté by preheating a pan on medium, then adding a single layer of mushroom slices. Sprinkle them with a little salt and cook until much of the water from the mushrooms has evaporated. Repeat the process until all of the slices have browned a little bit.

Precise measuring isn’t super important for this part. Add all of the dry sautéed mushroom slices back to the pan and add enough butter to coat them all; a couple of chopped, fresh sage leaves, and diced shallots to taste. Stir frequently until the shallots become translucent. Grind in a with a sprig of fresh parsley; a teaspoon of grated Parmesan and/or Peccorino Romano per cup of cooked mushroom/shallot mix; and salt, pepper and garlic powder to taste. Mix at desired ratio with ricotta cheese (I like about 2/3 mushroom blend + 1/3 ricotta).

Mix the 2 flours and make a “volcano” with the mix. Mix eggs, water and salt in measuring cup. Add this liquid mix slowly to center of volcano and mix with a finger until the liquid is incorporated. You won’t need all of the flour, so save or discard the dry portion. Make a dough ball and knead on a floured surface for 8-10 minutes. Roll into blob and wrap tightly in plastic wrap. Let it rest at room temperature for 30 minutes. Roll out and cut either for ravioli (or tortellini ). There is no shortage of information online about how to do this. Stuff ‘em and, at this point, they’re ready to be boiled. Or you can store them in the fridge for up to a few days, or freeze them. For this, dust them with a light coat of semolina flour and store in an air-tight container.

Bring a large pot of salted water to a boil. Add the ravioli and gently stir. Boil for 4-6 minutes or until they float. You can (carefully) pinch a corner to assess texture (though this is a good way to burn yourself…ask me how I know). 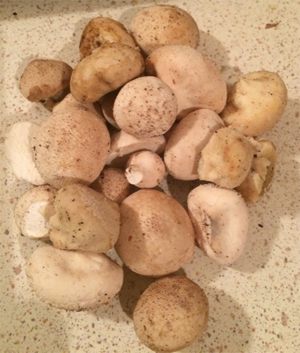 To sauce or not?

As a sauce, I prefer something simple so as not to cover up the delicious mushroom flavor. Gently tossing them in browned butter is a great way to go. Or, drizzling them with a peppery-tasting olive oil and topping with chopped heirloom tomatoes. If you want to get fancier, you could deglaze the pan you used for cooking the mushrooms and shallots with 1/2 cup of manzanilla sherry, reduce the heat and a couple tsp butter and 2 cups half and half. Cook on medium heat until it begins to simmer. Reduce the heat and simmer for a few minutes. Add however much you want to your ravioli!

Be aware that Puffballs are adept heavy metal accumulators, so this isn’t a mushroom to harvest immediately downhill from, for instance, a uranium mine. Finally, if you find a Western Giant Puffball that’s sporulating, feel free to spread the spores! Who knows, maybe you’ll get lucky and have some sprout up in your yard!

Dr. Anna Marija Helt is an herbalist and microbiologist in Durango, Colorado, where she provides wellness consultations and other services through Osadha Natural Health. Read her Albuquerque Herbalism Instructor bio. 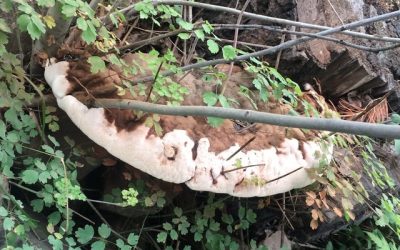 Rocky Mountain Medicinal Mushrooms - A Lot About Artist's Conk by Dr. Marija Helt   Artist’s Conk. People actually do create art on it. More on this momentarily. But first… A conk is a shelf fungus. “Shelf” because the fruiting body (aka. the reproductive bits)...

END_OF_DOCUMENT_TOKEN_TO_BE_REPLACED 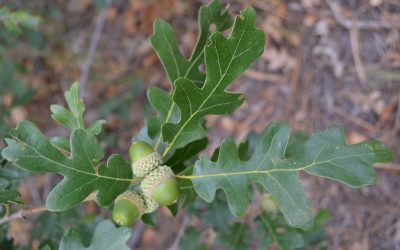 by Donna O'Donovan Acorns from Oaks + Making Acorn Flour + Oaks in Perspective The English words for flower and flour come from the old French word flor or flour. This means blossom or the finest thing. Such as a flower can be. The ground flour from wheat, rye,...

END_OF_DOCUMENT_TOKEN_TO_BE_REPLACED 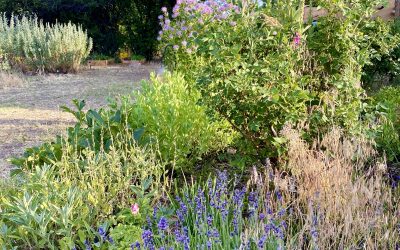 On Healing: A Gardener’s Perspective

In the author’s garden, mounds of Wormwood, Bee Balm, Sage and Lavender benefit from peripheral shade and dense plantings; the Pollinators have a buffet of nectars and pollens to choose from.On Healing: A Gardener’s Perspective by Asha Canalos A couple of years ago, I...